Whiskers - Not just for cats! 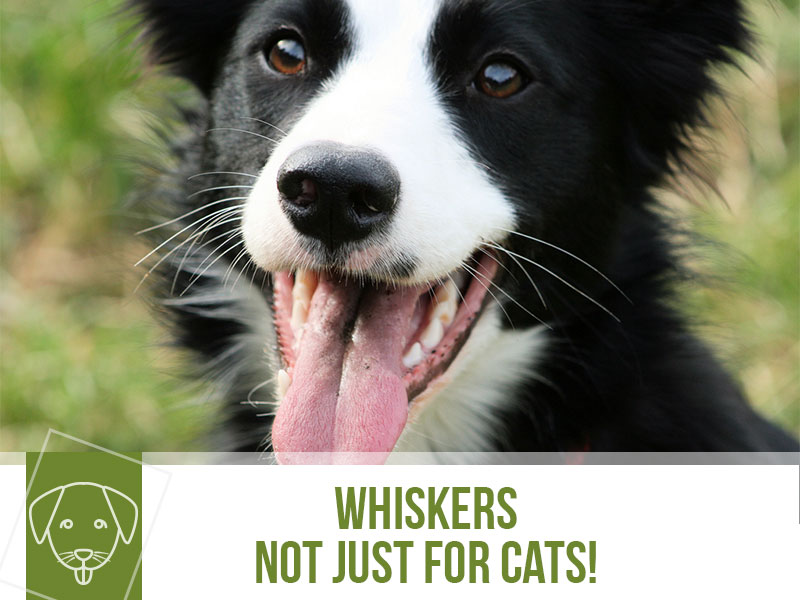 While whiskers on kittens may be a few of our favourite things, did you know that dogs also have whiskers?

Whiskers are called vibrissae, special hairs with tactile capacities found on several places of the body. So, what's the difference between these vibrissae and normal fur or human hair? Generally speaking, normal hair or fur is much thinner and isn't connected to any special motility (the exception being the smooth muscle that makes hair stand on end) or sensory organs.

Vibrissae, on the other hand, have several muscles associated to them that allow for an interesting range of motion and also nerves connected to them so they can actually feel when they are touched or moved. Most mammals have these amazingly talented hairs though we seem to be one of the few exceptions and they can be found on the face and above the eyebrows in dogs.

Their function and their histological components are still under investigation but we think that they serve as an extra sensory component to the facial structures like eyes and skin. For instance, touching an eyebrow vibrissae on a dog will make them blink and they will move away their whiskers before they are touched. Another proposed function is navigation, though dogs have much smaller vibrissae than cats or rats it's still possible they use tactile hairs to 'poke around' their environment and avoid obstacles.

Care should be given to not trim these! They are not normal hair, they serve important tactile and navigation purposes so keep these fancy whiskers away from the shears, especially in dogs that might have visual difficulties.

All in all, vibrissae are definitely not just the domain of our feline friends and there's a whole fascinating way these animals interact with the world we can only try to guess at.

Read the previous article: Equine Metabolic Syndrome The How and the Why