Equine Metabolic Syndrome The How and the Why 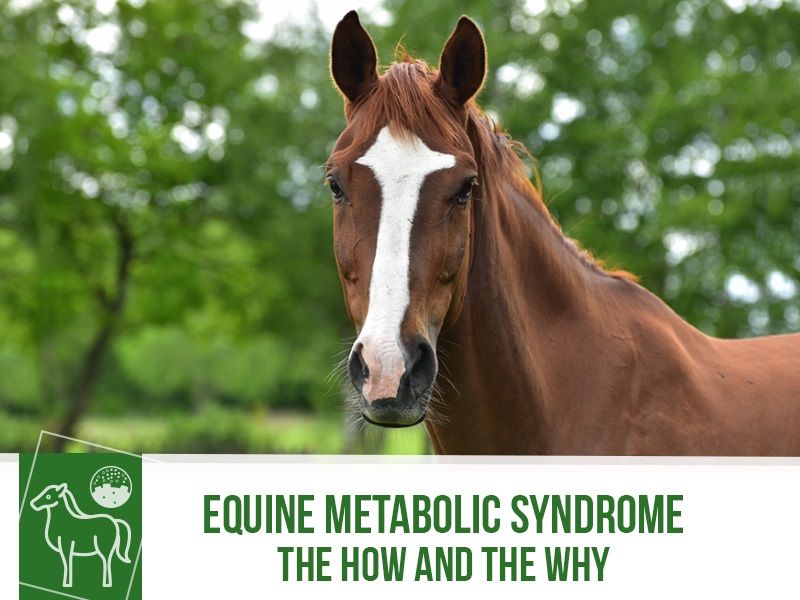 Equine metabolic syndrome (EMS) is a disorder of several systems which has several similarities with a human variant.

There are several things that may be happening in a horse with Equine Metabolic Syndrome but predominantly we know that obese animals, animals with genetic predisposition for it, animals that are in young pastures or under exercised animals. They will generally have several issues with their fat metabolism, insulin resistance and an actual increase in circulating insulin.

One of the big consequences of EMS is laminitis and is usually when you are going to notice something might actually be wrong with your equine partner. So, what's the connection between a metabolic syndrome and hoof issues? There are several proposed mechanisms but we know that consuming a higher than usual load of water soluble carbohydrates causes insulin to surge in concentration and also the excess of carbohydrates being fermented will create an inflammatory response that causes laminitis.

This situation often happens when animals are given access to rapid growth pastures where there is a lot of rain and then an abundance of sunlight or also excessive amount of concentrates in their diet. These pastures are both large sources of water soluble carbohydrates and of overfeeding that might lead to obesity, one of the most important predisposing factors for EMS.

Good news though, it's quite the manageable condition if it can be adequately recognised by owners.

While laminitis is the chief complaint of horse owners with EMS, there are several other signs that might indicate they are suffering from a metabolic imbalance that needs to be corrected.

Don't forget to check your horse for not only lameness but also: obesity, large fat deposits on the neck or chest, preputial or mammary gland swelling due to fat deposits and oedema and ill formed hooves with divergent rings that indicate past episodes of laminitis.

If you have a horse that keeps on weight well and doesn't seem to require all that much feed, they might at be at risk of developing obesity and insulin disorders so it's important to keep a close eye on these horses.

Is your horse looking like they might have EMS? Give a call to your vet and find out the best way to figure out for sure.

Remember the sooner the diagnosis the better this condition can be managed!