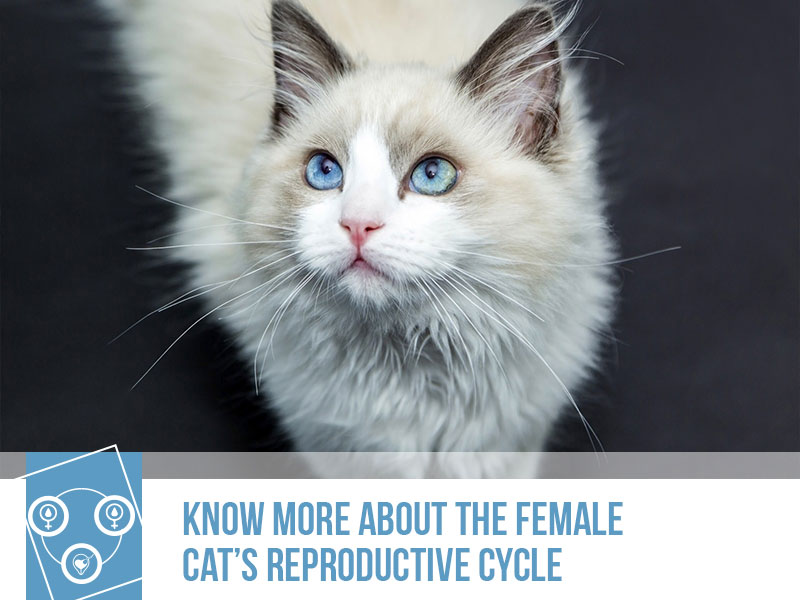 Our feline companions are considered seasonal breeders as their reproductive cycles are directly influenced by daylight hours. They will cycle when there are 12 or more daylight hours and this is why the cat's breeding season usually goes from February to October.

Female cats can become sexually mature as early as 4 months of age. The female cat's reproductive cycle has several stages but they can get pregnant during the oestrus stage, the stage where cats come into "heat". This usually lasts between 7 to 10 days and during this stage, the female cat is receptive to the male cat.

Signs of heat in female cats include a swollen vulva as well as a bloody vulvar discharge, and behaviour signs such as becoming very vocal and affectionate. They will yowl repeatedly and loudly, persistently rub against people or objects and roll on the floor. During this time, a queen will attract male tom cats, since they can detect her scent from several miles away and they will do they best to try to reach her.

Cats are induced ovulators which means they will only ovulate if mating occurs. It is also important for owners to keep in mind that when in heat, females will accept any male, including a related cat. Mating several times will produce more ovulations, which is why it is possible that a litter of kittens has different fathers.

If females are not mated, the oestrus phase will return in about 1 to 3 weeks. They will cycle continuously until they become pregnant or until the daylight period stops being favourable (has less than 12 hours).

Although cats can have their first reproductive cycle and get pregnant very early, a female cat should be fully grown to have her first litter. Otherwise there is a higher chance for complications which can endanger both the mother and her kittens. The gestation period (pregnancy) lasts about 63 days.

If you wish to avoid unwanted pregnancies you can consider spaying your female cat. Talk to your vet so you can know more about what would be the best course of action.