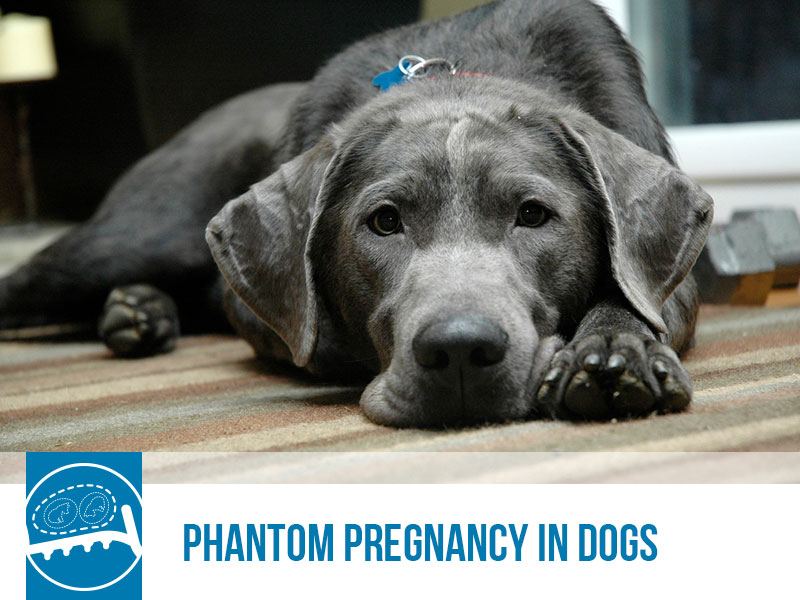 Phantom pregnancy or false pregnancy is a condition in which non-pregnant female dogs experience various physical and behavioural changes commonly associated with pregnancy. This is a relatively common condition among dogs and it occurs due to normal hormonal changes that happen during the dog's breeding cycle.

Unneutered female dogs reach sexual maturity anywhere between 6 to 18 months of age. On average they go into "heat", the time during which they can get pregnant, twice a year (every six months), but this is variable among dogs. When the dog comes into heat you may notice the vulva beginning to appear swollen as well as the presence of a vulvar discharge. A dog stays in heat for approximately 2 to 3 weeks.

A dog that is suffering from a phantom pregnancy will show signs commonly associated with pregnancy about a month or two after her heat period. This condition may occur regardless of whether or not she has mated.

If your dog is suffering from phantom pregnancy you may notice an increase in the size of her mammary glands and even the presence of secretions from the glands. These secretions are most commonly milk, however they may also be caused by an infection. The mammary gland should not be milked out, as doing so will stimulate the production of milk. The dog may also try to make a nest, become overly attached to her toys, display lack of appetite or even become unusually aggressive.

This condition usually resolves spontaneously in one to three weeks, however in some cases treatment may be required. Removing toys and stopping self-nursing behaviour, by using t-shirts for example, may be helpful. Permanent prevention of false pregnancy is achieved with spaying.

It is important to differentiate phantom pregnancy from a true pregnancy, so if you notice any signs of pregnancy in your dog, take her to the vet!