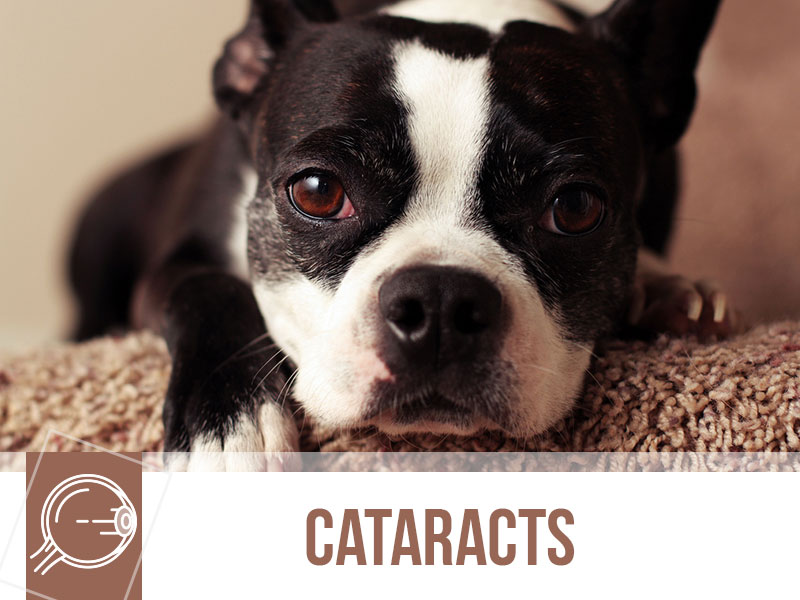 Let's gaze into the eye today and look at one of the most common causes of blindness in our dogs.

Cataracts are defined as the opacification of the lens, which is to say that the part of the eye that acts as the focal point for light no longer lets light pass through it. The crystalline lens, as it is called in anatomical terminology, acts exactly like the lens on cameras, telescopes or glasses. It sits right behind the iris and is going to bounce light to the retina on the far back of the eye.

As it stands, it's one of the pivotal structures involved in eyesight. Its transparency is given by fibres that are continuously produced which means that anything that might affect the fibres themselves or their replenishing and growth process will, most likely, lead to cataracts.

So, how can lens fibres be damaged in such a way that leads to visual impairment? Osmotic imbalances created in complications from Diabetes Mellitus due to high glucose in the blood stream, inflammation in the anterior chamber of the eye that causes deficient nutrition to the lens and hereditary factors that compromise lens fibre renewal are the leading causes of cataracts.

Many other issues may cause this condition like trauma, nutritional deficiencies, electric shocks, radiation therapy and even just old age.

What to look out for? If you look into your pets' eyes you might notice they appear to be cloudy, this is quite indicative of cataracts but beyond it, your dog might have difficulties walking around the house, might be bumping into things more often, might be more easily startled by a sudden approach, might feel disoriented in unfamiliar environments which are all signs of progressive blindness.

This is a progressive condition, so it usually just gets worse. How much worse will depend on the underlying issue and the individual animal but don't delay in consulting with your vet!

There are several treatment options and your vet will be more than glad to help you with any questions you might have about managing cataracts and what they can do to help. Remember, the sooner the better!