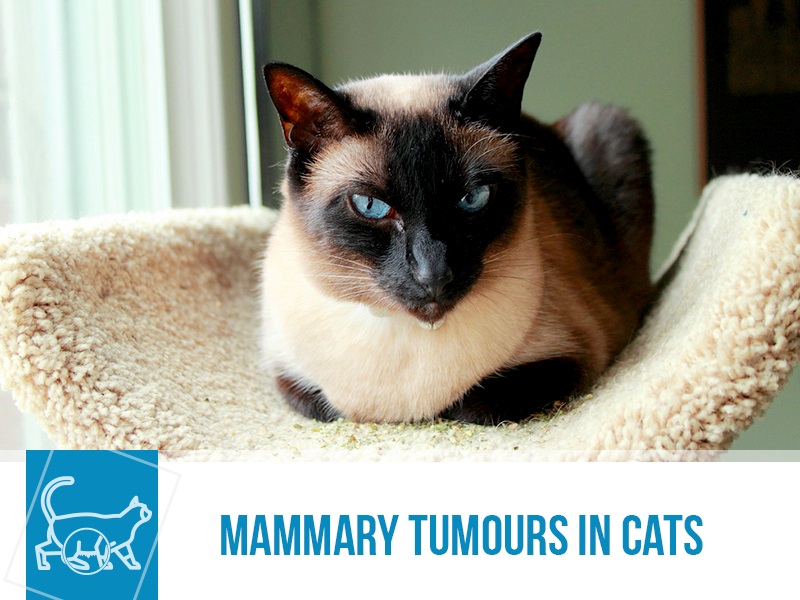 A malignant tumour is a type of mass that is composed of abnormally fast and uncontrolled multiplying cells that may or may not travel from the starting site to other organs. This type of malignant cell migration is called metastizing and they usually travel by the bloodstream or lymphatic vessels.

Malignant tumours cause local destruction and invasion of tissues and metastasis cause far away destruction of other organs. If left untreated or if it can't be treated, they are most likely fatal.

Mammary tumours in cats, unlike in dogs, are overwhelmingly malignant. For dogs, about 50% of the tumours found won't be malignant whereas cats have only about 5% to 15% chance of mammary tumours being benign.

It is a highly metastizing type of cancer, with over 90% of cats having metastasis found in necropsy. The most common sites for metastasis are lung and the regional lymph nodes near the primary site, but any other organ can be affected by cancer proliferation.

The causes for these are largely unknown but Siamese cats have been found to have twice the risk of developing mammary tumours, which points out that at least where that breed is concerned it may be of genetic origin.

There is a predominance for middle aged cats around 10 to 12 years of age and overwhelmingly more in female cats. Male cats present with about 1% to 5% of mammary tumours so if you see an odd lump on your male cat's abdomen or chest, don't rule out mammary cancer.

These masses may have several different presentations, they can be soft or firm, the skin can be intact or it may have ulcers and the glands closer to the pelvic area seem to be slightly more affected.

It is important to investigate all odd masses that you may find in your cat. If you feel a mass contact your practice as soon as possible. There is a chance it might not be cancer at all! There are other problems like abscesses or overgrowth due to oestrus that create palpable masses but just in case it is cancer, the sooner it is found the better!