Bloat or gastric dilation in dogs 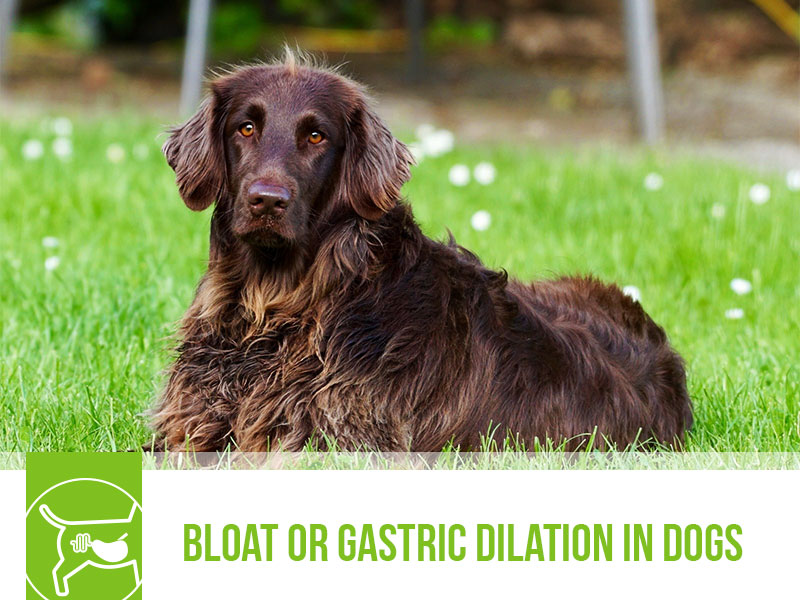 Gastric dilation or bloat is a condition that all dog owners should be familiar with, since it can be deadly if it is not diagnosed and treated on time.

Dogs affected by this condition present a distended stomach filled with gas and/or fluid, rotated along its short axis. This will lead to pain, cardiac arrhythmias, respiratory distress, shock and eventually death.

Although the mechanism involved is not entirely understood, it is thought that this condition can be caused and influenced by several factors. The chances of a dog suffering from bloat seem to be affected by genetics as well as environmental factors.

This condition is more commonly seen in large or giant breeds of dogs such as the German Shepherd, the Standard Poodle, the Great Dane, and the Irish Setter, among others. Dogs that are older, deep-chested, and with abnormal gastric motility are at a higher risk of gastric dilation. Bloat is very uncommon in small dogs and in cats.

If you notice any of the previously mentioned signs on your dog, do not hesitate and get him or her to the vet! Quick gastric decompression is key for the dog's survival and to reduce the chances of further complications.

The recommendations to prevent this problem include feeding your canine companions with two to three smaller meals a day instead of offering just one large meal and avoid using an elevated platform to place their bowl. There was a time where it was thought that using a bowl normally placed on the floor might encourage dogs more susceptible to bloat to swallow more air (aerophagia). However, over time, it has been shown that feeding your dog from an elevated platform is also a factor that predisposes to the occurrence of this condition.