The changes to the Dangerous Dogs Act affects all owners! 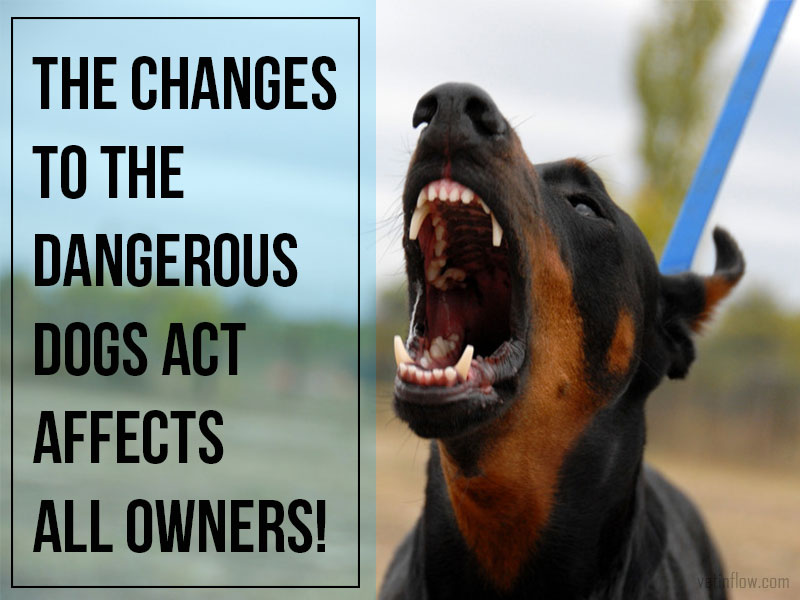 Recent amendments to the Dangerous Dogs Act meant to tackle irresponsible dog ownership, came into effect on 13 May 2014. All dog owners in England and Wales need to be fully aware that there were many significant changes in the law that concern them, regardless of their dog's size, breed or temperament.

The provisions of the Dangerous Dogs Act have been extended to apply to private property. This means that dog owners can be prosecuted if their dog attacks a person in their home (which includes your house and both front and back gardens). The purpose of this law is to provide protection to the healthcare, postal and utility professionals who regularly have to visit people's homes for work.

A question that many dog owners will often ask is: what if my dog attacks someone who breaks into my home? According to the law, your dog attacking a trespasser is an exception. However, this is true only if the attack happens in your house, not covering incidents in your back or front garden. The idea is to try to differentiate between innocently intentioned trespassers, such as a child entering a garden to retrieve a lost ball or a neighbour leaving a parcel for safe keeping, from those with less noble intentions. While the law is yet to be tested, it's important for dog owners to ensure that unexpected visitors can safely access your front door without encountering your dog.

The maximum sentences for allowing a dog to attack someone have been substantially increased:


The last item is also a new addition. The Dangerous Dogs Act now includes a specific offence to protect assistance dogs (such as guide dogs) from attacks.

Another key aspect of these new amendments is that, from now on, it's a criminal offence for the person in charge of the dog to allow it to be 'dangerously out of control' in a public place. It's extremely important for dog owners to be aware that they can be prosecuted if their friendly, but overexcited and overenthusiastic dog, knocks someone over and injures that person by accident.

This new legislation also brings new preventative powers for the police and local authorities, including sending owners to dog training classes, repairing fencing to prevent dogs from escaping and requiring dogs to be muzzled in public.

Dog attacks often have devastating consequences for victims and their families. An attack on a guide dog can literally rob someone of their independence and freedom! If you are concerned about your dog's behaviour, seek advice from an experienced or qualified dog trainer or behaviourist.