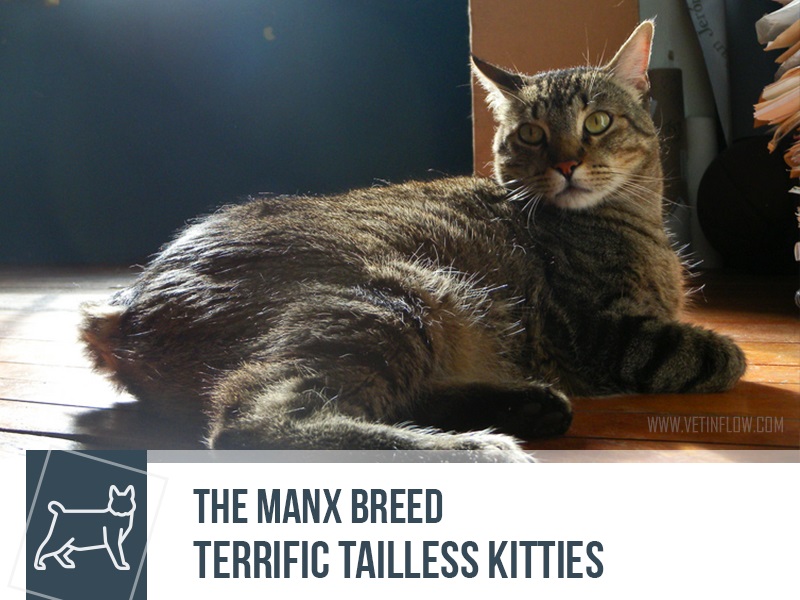 Today we bring you, from the ancient lands of the Isle of Man, a just as old breed of cats that have a very particular characteristic: no tails!

The Manx breed and their distinctive posterior characteristic most likely originated from a mutation that spread throughout the island due to its incomplete dominant characteristics. When the Vikings settled on the island, their lush, long haired cats introduced the longhair coat to the previously short coated Manx population.

All Manx cats have at least one gene for the full tail, which means that two fully tailless cats can produce kittens with complete tails. And because it's an incomplete dominant gene, there are cats with varying lengths of tail (there might even be a whole spectrum of lengths from the same litter!).

Besides their unique tails, these cats are adorably round, fluffy and robust. They are described as very intelligent, active, playful animals with a surprisingly heavy constitution. Added to it, a strong loyalty and dedication to their families make all the fine ingredients for a working cat.

In the Cat Fancier's Associations own words "A house with a Manx will never be boring!" and we are very inclined to agree with them.


Image: "Ichi & Mustapha" by ismael villafranco was built upon and is licensed under CC BY 2.0