Recent study shows that dogs can be pessimistic or optimistic 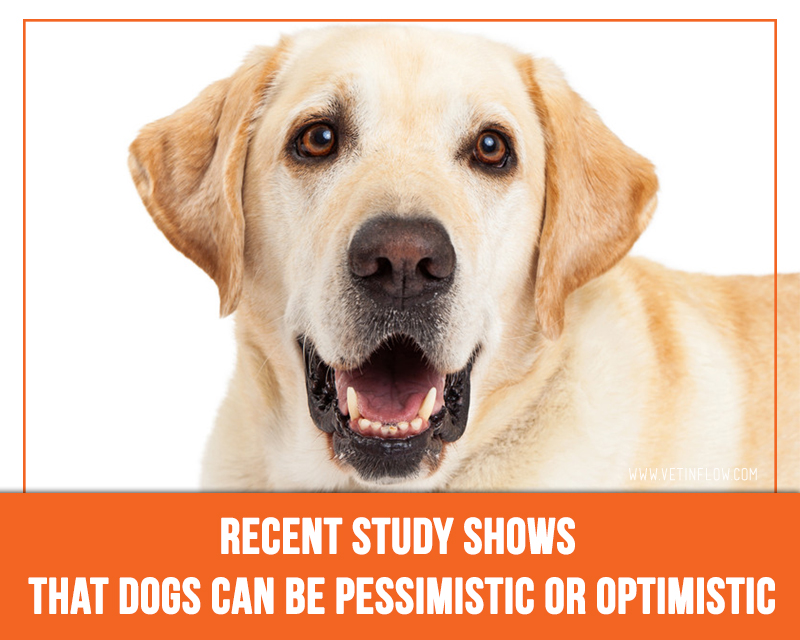 Have you ever noticed if your dog has an optimistic or a pessimistic character?


In general, dogs seem cheerful and happy with their tail wags and enthusiasm for outdoor walks. For this reason most owners would probably think that their four-legged friend has an optimistic outlook on life. A recent study has showed that some dogs are distinctly more pessimistic than others!


This test showed how optimistic they are by which tones they responded to. Dogs were considered optimistic if they responded to ambiguous tones expecting to receive milk as a reward (a positive outcome). A very optimistic dog would even respond to tones that sounded more like those played before water is offered.


Dogs were considered pessimistic if they showed more signs of stress when they felt they had failed the task. These dogs would whine, pace and avoid repeating the task while the optimistic dogs would not be bothered by their lack of success and would continue trying.


Optimistic dogs expect good things to happen and therefore, will happily take more risks. They are persistent and they're not so affected by less positive outcomes. If things don't go their way they will move past that and try again. On the other hand, pessimistic dogs will show more signs of stress if something doesn't go their way, they will not risk as much and will give up more quickly if they have to face less positive outcomes. These dogs might need some encouragement to try new things.


This research has great potential as it measures positive and negative emotional states in dogs objectively and non-invasively, and can completely remodel how animal welfare is assessed. These findings can be used to find how a dog is feeling in any environment, assess how effective enrichment activities might be and pinpoint exactly what a dog finds emotionally distressing.


It can also be very helpful in the context of working and service dogs, helping dog trainers select dogs best suited to working roles. A pessimistic dog, not so keen on taking risks would be better as a guide dog while an optimistic, persistent dog would be more suited to detecting drugs or explosives.