Male calico cats: the exception to the rule! 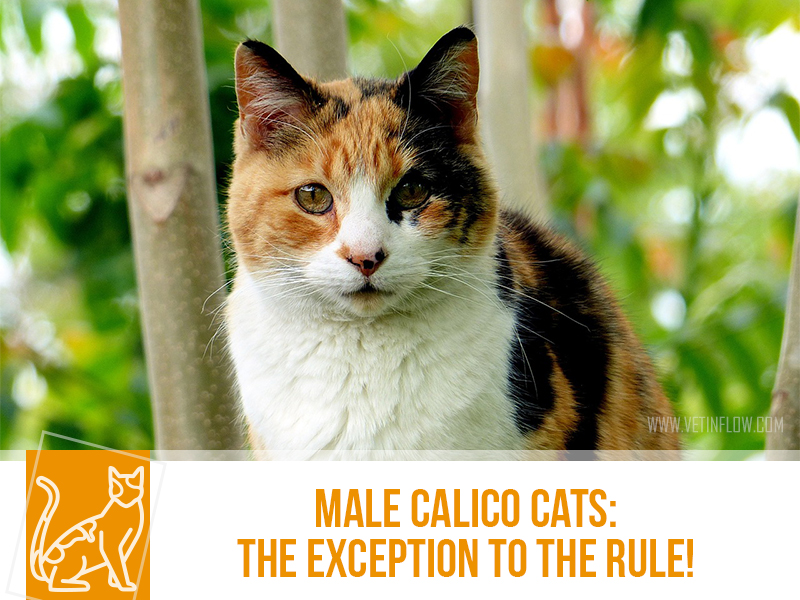 Did you know that only one in every 3000 calico cats are male? This is just another amazing and interesting fact about cats, in this particular case, about calico cats!

Calico is the name given to cats that have three colours on their fur. These gorgeous felines are basically white, with ginger and black patches of fur. There is a wide variety of calico cats since ginger can appear as yellow, orange or red and also because they can display diluted variations of their basic colours such as grey, reddish brown and cream. Their colours can also be distributed in a tabby pattern.

If you are familiar with ´torties` you may recall that tortoiseshell cats can also have ginger and black colours, although these cats don't have any white in them, often presenting a mottled coat.

The mechanisms behind the way these genes express themselves, producing these particular fur patterns in cats is absolutely fascinating! Due to the genetic processes involved, the overwhelming majority of calico cats are female.

All the best rules have exceptions and as you can imagine, this is also one of them. Although it is rare, some male cats can display the calico pattern. Every now and then, male cats are born with a genetic disorder in which they gain an extra X chromosome. The condition is called Klinefelter syndrome and since these cats have two X chromosomes they can in fact display all three colours. As a result, approximately one in every 3000 calico cats are male.

Cats affected by the Klinefelter syndrome are sterile in most cases which means fertile, male calico cats are even harder to find!