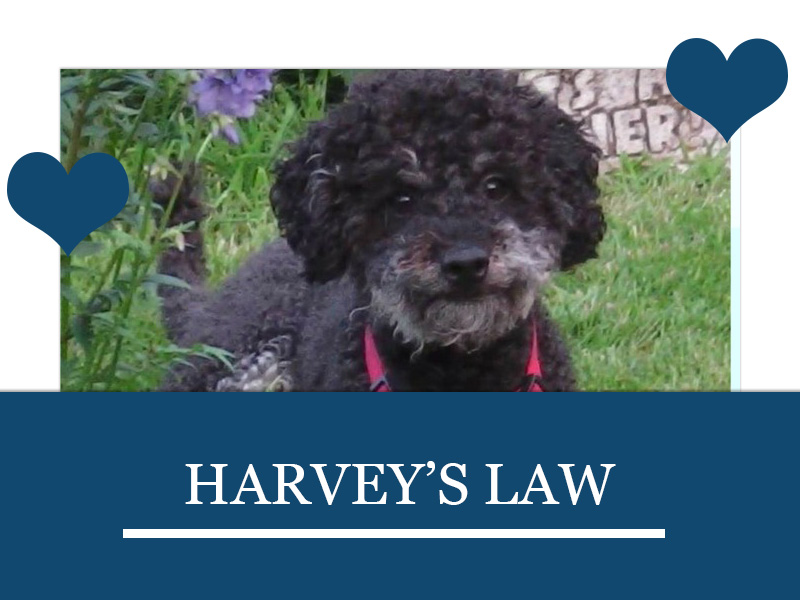 On November 23rd, 2013, Jude Devine was visiting friends in Liverpool when Harvey, her poodle, went missing. Jude was absolutely distraught and she did everything she could think of to find Harvey. She spent more than £8,000 in leaflets, banners, adverts and she even lived in a caravan to be close and search the area.

Her search came to an end when in February 2014. Jude received a Facebook message from a 'highway patrol officer'. Harvey had been found dead on the M62, less than a mile from where Judy had been staying and just 20 minutes after he had gone missing. Harvey was microchipped and had a collar tag. However, no efforts were made to try and locate its owner.

Months of search and heartache could have been avoided entirely if it weren't for the inadequate and unenforced procedures of the Highways Agency. Jude only found out what had happened to Harvey because by chance, the events of November 23rd were communicated, as there were no written records with the Highways Agency.

Jude and her friend Nina Blackburn decided to launch a petition demanding it to be compulsory to attempt to identify the dog and inform the owner if pets are killed and found on highways, to file a log report and circulate it to the police and dog warden.

The petition received more than 122,000 signatures and all these voices were heard. It has been announced that pets that are killed in road traffic accidents will have to be identified, collected and their owners informed by the Highways Agency.

The transport minister John Hayes has said that he wants to ensure that this policy is also extended to cats found on the roads.

The recent announcement regarding what has become known as Harvey's Law is a huge victory for all pet owners that have gone through something similar and for all animal lovers that have been involved in this campaign.

Read the previous article: Understanding a horses nature is the first step to improve its physical and psychological health