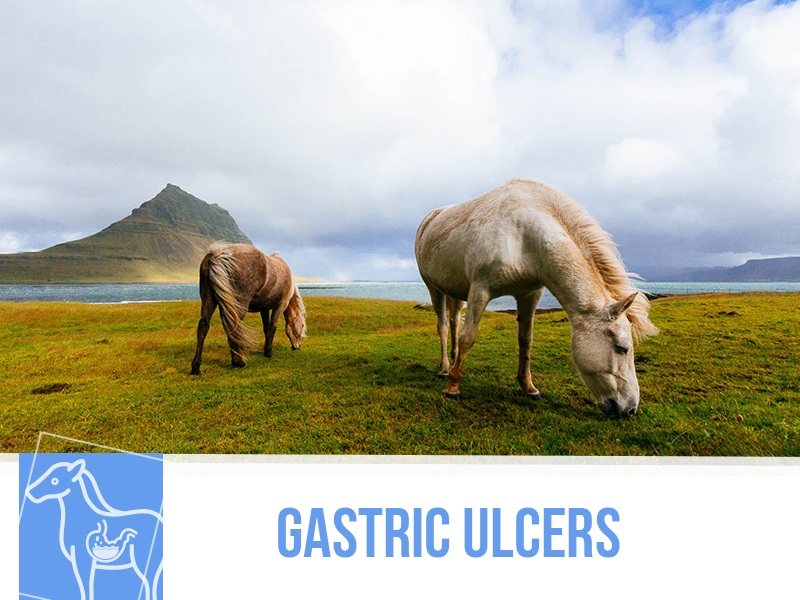 Ulcers! The medical term for an organ or body surface that had a chunk torn off of it due to a damaging influence.

In this case, gastric ulcers are when the surface of the horse's stomach has been eroded and there have been damages to this organ. This, understandably, is quite a problem.

The equine stomach is essentially composed of two parts, a part that secrets several compounds including stomach acid called the glandular mucosa and a part that doesn't produce any compounds called the squamous mucosa. In between the two there is also a border structure called the margo plicatus that is also not glandular.

Gastric ulcers happen as a part of a disease called Equine Gastric Ulcer Syndrome or EGUS for short. Despite being a very common occurrence, the reason for why the ulcers happen is still under study but we know it to be a complex interaction of situations in the horse.

Both foals and adult horses can have gastric ulcers, though they tend to present differently and affect different areas of the stomach. In foals, there is a tendency to primarily affect the glandular portion while adults suffer more damages in the non-glandular portion.

What to expect from adults affected with EGUS? Unfortunately, nothing too specific. You may see your horse not eating as much, poor body condition, loss of weight, mild or recurrent colic, loose faeces and poor performance.

There are several risk factors that were identified, like stress, transportation, high-energy feed and intense exercise. Sports horses are particularly at risk of ulcers, they have a chance of having them that is nearing 100% because of how they are exercised.

Do you feel your horse might be having issues with ulcers? Contact your vet and they will be more than happy to help you out to diagnose and then manage this condition.