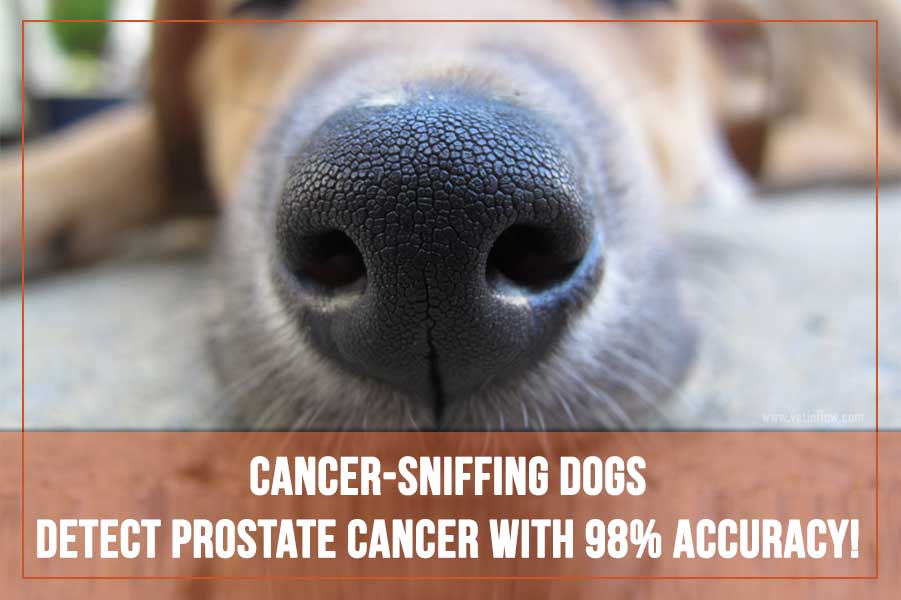 Most of us is aware or has heard at some point that our canine friends have an amazing sense of smell. Dogs have about 200 million olfactory cells in their noses that allow them to detect several different odours.

We have been using that ability to our advantage for many years. Dogs have been used to help authorities locate drugs, firearms, explosives and missing people.

Recent studies show that their amazing noses can go even further. Researchers have shown that a dog's snout may be more accurate when detecting certain forms of cancer than current laboratory procedures!

The largest study ever performed using cancer-detection dogs was recently conducted in Italy. Researchers used two trained dogs to test their ability to detect prostate cancer in urine samples. These two dogs identified signs of prostate cancer from a pool of 677 people with a combined 98 percent accuracy! This success rate is much, much higher than the standard Prostate-Specific Antigen test, which has a false positive rate as high as 80 percent. All these false positives lead to many unnecessary treatments.

Several other smaller studies showed that dogs are capable of detecting melanoma, lung, colon and ovarian cancer. Although it has not yet been determined what it is the dogs are detecting it seems that our canine friends can smell the chemicals given off by cancerous cells.

Some scientists are now focused on identifying and understanding the biological mechanisms dogs use to detect cancer. The idea is to use this knowledge to create a machine or a chemical test that could copy the canine ability to detect this terrible disease and effectively diagnose cancer in a large number of patient samples!

These findings are not only amazing developments in science and medicine but they are also one more reason for us to love dogs!