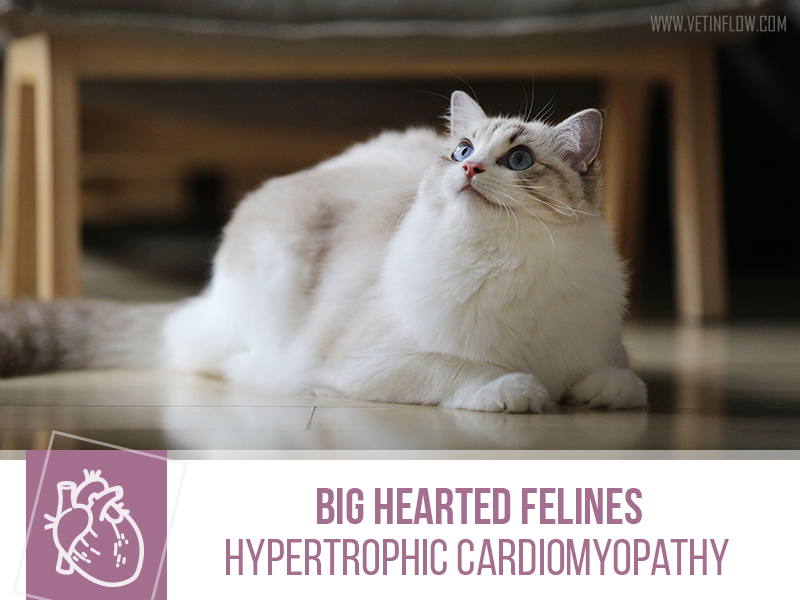 In dogs, the most common issue is that the heart has enlarged chambers and it compromises the normal rhythm of the heart and fluid dynamics in the circulatory system. In our cats however, it's the heart muscle itself that gets too big. We call this the hypertrophy of the heart muscle and it usually happens on the left ventricle.

While it might sound like having a bigger heart muscle would definitely aid in the heartbeat, what really happens is that the wall becomes so thick it makes the flow of blood throughout the heart much more difficult.

We are not 100% sure why cats develop this sort of cardiomyopathy and several causes might exist but we do know that some breeds of cats like the Ragdoll and the Maine Coon are more predisposed to the condition. Research has revealed that it's most likely a genetic deficiency in the protein of the heart muscle of these cats.

What to look out for in cats that might hint to a heart problem:


Clinical signs and severity of disease can vary a lot, some animals might never show any signs while others might suffer from sudden death due to heart failure.

As soon as you suspect something might be wrong, take your cat to your vet as soon as possible. There are several things that can be done to help them out and to lessen the progression of the disease.